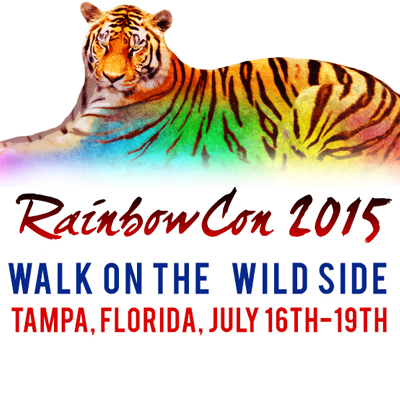 Panels provide some of the best insight at conventions, especially when dealing with topics that bring about conversation. I'll be a guest of RainbowCon this July in Tampa, and among the many panels to attend, three have caught my eye. I may be on some of them or at least in the room, but I can already tell they'll be worth the time investment.

Heroes and Heroines with Disabilities. Not every hero/heroine has to be perfect, and that definition can certainly very depending on whom you ask. Heroism doesn't always have two working legs, or arms, or even eyes. Sometimes a hero may not have what some would consider a traditional mindset, too. Who's to say that someone who is mentally challenged couldn't perform heroically in one form or another. This panel will be a forum for exploring the parameters of heroism within the scope of what being 'disabled' means. Barbara Gordon, once known as Batgirl, was shot by the Joker and paralyzed from the waist down, confined to a wheelchair. This didn't stop her from becoming Oracle, the eyes and ears for many heroes. Actions of valor and compassion do not have limitations or requirements, perhaps the only one really being the ability to discern right from wrong. The question worth exploring is, would a reader embrace a hero or heroine who doesn't fit the cookie cutter example of a 'superhero'? I, for one, want to know what people think on the subject.


Writing Diversity. Race, religion, ability, sexual orientation—these provide the parameters for much of the diversity in literature. Being an author as well as a teacher, I anticipate the exploration of this vast area of discussion, hoping to learn more about what other writers do in their books as well as what other books readers want to see. My novel series, Task Force: Gaea, has gay characters in Dan Fairmont aka Aegis, and a black female character in Dr. Aleta Halston aka Talon. The world we live in, and even the worlds of fantasy, has been painted with a broad brush that holds many colors. When writers blend certain colors together, they create a panoply of diversity. Knowing many of the authors who will be attending this convention, I look forward to bandying about ideas regarding what types of variety they include as well as what they feel is deficient in the genres.


Women in Fiction. The idea of women being sidekicks or back up or even the 'damsel-in-distress' archetype is changing. With so many heroines in the milieu of action/adventure/sci-fi/fantasy, the landscape is evolving to include so many powerful female figures. I made it a point of including powerful women in my own books, from Dr. Aleta Halston to Sarah Jacobs to Alkinoë, the wife of Apollo and queen of Arkadeia. They don't have to overshadow the men, although that isn't a bad thing, but they should share in the action. This conversation needs to happen with both men and women in the room so that authors and readers alike can explore what the future holds. As a feminist, I want to know just what others see and want to see.

If you want a different convention experience, come attend RainbowCon this summer in Tampa. These three panels are just part of the myriad conversations that will be taking place in that weekend. If you're local, stop by; if you're not, check out their website about hotel information and make a trip to Tampa Bay. I know I'll be looking forward to meeting you (or seeing you again, if we've met before).
Posted by David Berger at 11:36 PM