Diana, Zeus, and the Need for the Matriarchy 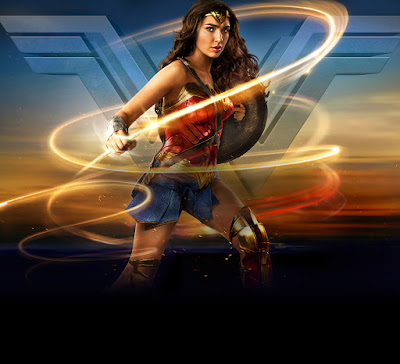 I have seen the Wonder Woman film five times, and that's in its first five days of being out, but I have one major bone of contention with the film—the patriarchy still has a hold over Diana in what I would consider a major way.

One of things that sets Wonder Woman apart from other superheroes is her origin story. She is not an orphan of a long-dead planet, raised on Earth from childhood. She is not a child tormented by the death of parents which fuels a desire to become someone else.

From the earliest stories about her, Diana's birth is something akin to Pygmalion and Galatea. But, I need to back up a little before I get into this.

The Amazons of the DC Comics continuity were both mistreated (and raped) by Hercules and his men. Ultimately, Hercules bests Hippolyte and takes her girdle, one of his Twelve Labors.

In the comics, Hippolyte prays to Aphrodite who gives them the strength to free themselves. The Amazons then go to a remote island, originally Paradise Island, but later called Themyscira (after the original Amazonian city on the Black Sea). It was on this island the Amazons reinvented themselves, embracing their sisterhood and growing into a society that eschews men entirely, living in peace for thousands of years. Through this, they build their skills as craftswomen, sculptors, artists, scholars, and, yes, warriors. They train constantly to maintain their physical skills and hone their talents, and they remain forever vigilant in the chance that the outside world should ever trespass on the island of immortal Amazons. They are cognizant that they exist on a planet with others, but they choose to remain in their solitude, and this brings them peace.

After a while, Hippolyte yearns for a child, so she sculpts a statue out of clay. It is important to remember, too, that clay comes from the earth—Mother Earth—so this statue is not just a piece of art, it is a piece of the world in which they live. So, this Amazon queen, living amidst the love of her sisters, fulfills a deep desire to love a child. To that end, Aphrodite, the goddess of Love, hears her pleas and brings the statue to life. The little child, who is named Diana, leaps from the pedestal on which she was sculpted and jumps into her mother's arms.

In another DC Comics origin by George Perez, the Amazons were reincarnated spirits of women who were struck down by men in a former life. Only Hippolyte's predecessor was pregnant at the time of her death. These souls went into the womb of Gaea where they remained until Artemis, Athena, Aphrodite, Hestia, and Demeter brought them forth from a lake bed in Greece to become Amazons. This time, Hippolyte feels the yearning of her former self, who was with child, and the goddesses instruct her to go to the beach, create the form of a child, and they imbue it with the last soul—the soul of the unborn child, and thus Diana is born.

The role of Hippolyte, Gaea, and Aphrodite in this (pro)creative process is undoubtedly unique because of the female symbolism.

What a stunning spectacle of feminine power! This child, Diana, grows up among the Amazons who love her like a daughter/sister, nourishing her, giving her love, sharing wisdom and compassion, encouraging strength of mind, body, and spirit. The first man Diana ever meets is Steve Trevor when he crashes on their island. This man, a positive example of what Man's World has to offer, becomes a guide for Diana in the outer world. He never seeks to control her or influence her to do his bidding.

THIS is why incorporating Zeus into Diana's origin is harmful. Diana never needed a male figure/father in her life. She has a mother as well as the entire Amazonian sisterhood to be her family. This was William Moulton Marston's intention, to create a female heroine surrounded entirely by creative feminine energy and ideals. With this foundation in place, Diana later supplements her understanding with experiences in Man's World alongside Steve Trevor. But, her beginning is undeniably from a female perspective.

People can certainly relate to a mother who has a daughter without a father present. Why some feel that a father in Diana's life makes her more "relatable" is a patriarchal failing that assumes a child must have a father AND mother. A child needs loving, caring parents. Diana has that in Hippolyte and the Amazons. Surely, many people have been raised by a single mother and turned out quite well.

The idea that perhaps Zeus as father gives Diana something to shun or denounce in order to empower herself is also misguided. Like with most of his offspring, Zeus is an "absentee father" who contributes reproductive material and then goes off to dally with the next woman he desires. Giving Diana this absent parent, but leaving behind his power, like lightning, means that Diana is not truly empowered by the Amazon training she experienced. Even when Perez imbued Diana with the strength of the Earth itself, it required knowledge of that power to use it. At least, in that case, the deity was a goddess, a primordial one, more powerful than any god. I can hear some people say that Diana was raised by her mother, so regardless of her father, she would still look to her mother as the guiding example in her life. So, if the father has no role, he shouldn't be there in the first place.

Here is how I might amend the movie:
I still love the Wonder Woman film for many reasons. No art is flawless, however. Diana fights against the control of patriarchal ideas, seeking equality, and she stands against those who would seek to dominate others. It is through her matriarchal, and empowering, lineage that Diana achieves this best.

I think an audience would certainly understand my "version" of the story just as well. To reiterate, I love the film. Go see it. Many times. Just understand—Diana is her mother's daughter and no one else's. :)
Posted by David Berger at 5:55 PM